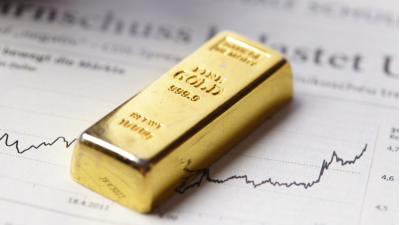 Scroll through your FinTwit feed and you’ll see that Gold is all the rage. Central banks printing money like they are now means that, according to conventional wisdom, inflation (again, a big discussion topic on Twitter) will surely follow, which in turn means that a long Gold position would be desirable to an investor as an inflation hedge.

Unlike some of the Twitterati who have been extoling the virtues of Gold only since governments started printing money again at the beginning of the Covid-19 enforced lockdowns, activist hedge fund manager Coast Capital sees the opportunity differently. CEO James Rasteh has analysed the fundamentals of the industry, and his bullish stance is rooted in the depths of the Gold price falling to lows back in 2015.

“I had a Eureka moment around five years ago when the Gold price went less than $1,100,” he said. “So, I started looking at Gold miners. I was floored at how insanely profitable they were despite being so badly managed. I like to create value and so this sector really was made for me. It was love at first sight.”

That ‘love at first sight’ has led to Coast Capital launching the Midas fund, a hedge fund that invests in Gold mining companies. The fundamentals that Rasteh loves about the industry are rooted in the most basic economic concept.

“The supply of Gold is declining. We’re only discovering 0.2 ounces of incremental reserves for each ounce that we take out of the ground. The average time from discovery to opening a mine is twenty years. Ten years from now, we’ll soon be producing 50% less Gold each year than we do now. We’ve never seen a situation like this,” he said.

On the demand side, Rasteh agrees that central government monetary policy is contributing to the increased demand for Gold, thus pushing the price higher. More importantly for Rasteh, however, and in line with his fundamental analysis, are the numbers coming out of the Gold mining companies.

“It’s a really profitable sector. Their margins were 20%, now they’re 40% due to the price increase and decrease in production costs. The average margin in the S&P is under 10%. These companies are printing money,” he said. “But valuations are at all-time lows. There is a remarkable valuation arbitrage to be had here.”

Coast Capital pitches itself as having a private equity approach to investing in public companies; it’s a long-term investor which actively engages with the boards and the management teams of the companies in which it takes a position in order to unlock value. Rasteh says that part of the reason that it’s taken them five years to launch a Gold-specific vehicle is because of this approach.

“Most people who say that they are investors aren’t investors at all. They’re traders. They don’t understand the fundamentals of the companies that they have a position in. We like to fundamentally understand the company but also the industry. So, we set out to hire the best geological expertise we could. And then we did research on which are the best companies and importantly, who are the best CEOs. We don’t do things half-assed. It takes time to do it properly,” he said.

So, for investors who like the Gold story and see it as not only a portfolio hedge but a potential source of alpha, why don’t they just buy a Gold miners ETF? Because, according to Rasteh, the opportunity is in the smaller end of the market.

“Gold miners ETFs just hold the largest companies in the sector. But these same companies are running out of reserves. They are not making new discoveries, so they’re going to have to buy the smaller companies in order to survive,” he said.

Which is where Rasteh and Coast Capital come in.

“Hardly any companies willingly put themselves up for sale. Smaller Gold mining companies won’t do it, that’s for sure. That’s why you need an activist investor like us. We can participate in areas of the capital structure of a company that aren’t always available to the overall market to effect change.”

Coast Capital’s Midas fund will take around twelve positions in Gold mining companies, which is the amount that Rasteh believes is the upper limit for a concentrated book. Selecting those twelve positions requires the usual expertise like balance sheet analysis and competition analysis. Specifically, to Gold mining companies, however, is the regulatory and government risk around the asset class. Back in the spring of this year, the government of Papua New Guinea didn’t renew Barrick Niugini’s 20-year special mining lease for the Porgera gold mine.

“The nationalising of assets like Gold mines is a risk that’s very real. It’s imperative that investors understand the nuances of each firm’s country exposure. Again, that’s been a big part of our preparation work prior to the launch of the Midas fund,” said Rasteh.

Investors who look at their fund allocations through an ESG lens – so, most of the institutional ones – might raise an eyebrow that a firm which touts its ESG credentials is trying to raise money for a Gold mining product. After all, Coast Capital’s website says, “Coast Capital believes that sustainability of environmental and human resources is a precondition for commerce to thrive and grow.” Mining is hardly an ESG-friendly endeavour but Rasteh says that it’s possible to be ESG-compliant with his firm’s new fund.

“We think we have the ‘G’ part covered by design because we have a history of improving the governance of the companies we invest in,” he said. “And yes, Gold mining is dirty. But one thing we have done is identified technologies that meaningfully improve the use of water and the treatment of used water. We’re speeding up and accelerating the adoption of these technological improvements, so we are forcing a change from the ‘E’ perspective. That’s going to bring value to these companies in terms of financial improvement and ESG improvement,” he said.

The headlines say that the inflation hedge offered by Gold makes it an essential component of an investor’s current portfolio given the outlook for continued central bank money printing. For Rasteh, that’s a short-term view which shouldn’t detract from the medium to long term opportunity.

“We’re not macro investors, we don’t care about the price of Gold like they do. We’ll make money whether the Gold price goes up or down. But what’s happening right now – we’ve already printed 3.3trn dollars in the past seven months and we’ll print at least another trillion in the next year – is providing a tailwind. The fundamental story is what will provide the real opportunity, though. It’s the sector that investors have forgotten; we’re bringing it back.”