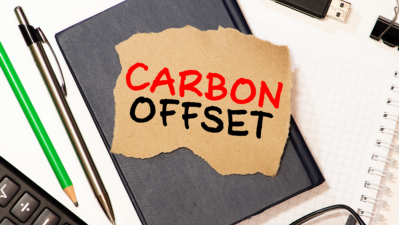 This Hedge Fund Says Carbon Is The Next ‘Big Short’

2015 biographical comedy-drama The Big Short – adapted from the 2010 book The Big Short by Michael Lewis – is based on the story of Michael Burry’s bet against the U.S. housing market, which resulted in a profit to Burry’s hedge fund firm of over $2.5bn. James Jampel, Founder and Co-CIO of Quincy, Massachusetts-based HITE Hedge Asset Management, thinks that carbon could be the next ‘Big Short’.

HITE Hedge Asset Management – ‘HITE’ is a legacy acronym for High Income Tax Efficient, a term Jampel used when trading MLPs when he launched his firm in 2004 – has been trading energy stocks since it launched. HITE Hedge’s main fund is a market neutral energy hedge fund which has a net zero carbon exposure mandate, thus producing alpha returns from the carbon-based energy sector with no beta exposure. A couple of years ago, however, Jampel says that he and his co-CIO Matt Niblack realised that the long opportunities in the sector will eventually be significantly outweighed by the short opportunities.

“The energy space right now is the worst we have ever seen,” he said. “We determined back in 2017 that the forces that hurt the energy industry are going to get a lot worse. There are no young people coming into the dirty energy space. They have no interest in it. Also, it’s highly fragmented and not conducive to profit. Layer on top of that the supply and demand dynamics for commodities; supply is plentiful, and demand is weak at best. Regulators are coming after it. So is the tax man. Why would you be bullish about this industry?”

This thesis led Jampel and Niblack to launch HITE Carbon Offset (HCO) in June 2018. The fund, similar to the main fund, has close to net zero market beta exposure, but the alpha comes from shorts against companies in the carbon value chain. Those shorts are the largely the same shorts as in the main fund, with the key difference being that the short book is hedged with a long book of ‘ESG leaders’, selected by a quantitative system that picks from a list of stocks with strong ESG credentials that are supplied to HITE Hedge by Goldman Sachs, the firm’s broker.

“In HITE Carbon Offset, we’re short dirty energy and try to avoid exposure to any other factors,” said Jampel. “But there’s no stock picking on the long side. The hedge is designed to remove volatility from the short book and to eliminate factor exposures other than carbon. The end result is that HCO is carbon short, whereas the main fund is carbon neutral.”

For the short book, HITE Carbon Offset looks at what it considers to be the most disadvantaged/overvalued integrated oil companies; coal producers; oil and gas exploration and production companies; refiners; oil field service companies and the associated transportation value chain. Other potential shorts include entities highly dependent on carbon use, for example certain utilities, airlines, and gas/petrol stations. The fund looks across the capital structure for opportunities and doesn’t solely focus on stocks.

The ESG zeitgeist pervading the hedge fund industry at present has led to non-believers accusing investment managers of ‘greenwashing’ in order to raise assets and there is scepticism around the consistency of the data available to investment managers; one data provider might score a company well on governance, and another might score it poorly on social factors or the environment, for example. Jampel says that what his firm offers from an ESG perspective is unimpeachable.

“We don’t get accused of greenwashing because we’re not greenwashing. It’s pretty obvious that we don’t do that. We set out to make money – that’s why investors hire us. It just so happens that our core competency is the dirty energy industry and our Carbon Offset fund fits into the ‘E’ of an investor’s ESG bucket. We’re shorting dirty energy companies. Our portfolio has a negative carbon footprint. If you allocate to us as part of your broader book you’ve decarbonised your book because you can make yourself short with us where you’re long elsewhere,” he said.

Jampel adds that, whilst not setting out to be an ‘ESG’ fund, that doesn’t mean that he shies away from the moniker.

“We are unambiguously ESG-compliant,” he said. “It’s just that we don’t necessarily invest in good companies that are trying to save the world. We starve the bad ones of capital.”

Part of the reason that Jampel takes his approach – i.e. shorting carbon energy companies – instead of going long renewable energy companies is because it’s more difficult to pick the companies that will be the winners.

“If you want to pick winners in the energy space it’s probably best to know someone in the politburo in China!” he exclaimed. “Xi [Jinping, President of the People's Republic of China] says that he wants China to be carbon neutral by 2060. So, you probably only want to go where he’s NOT going, but will he stick to what he said? What’s the medium to long term situation there? Also, [Elon] Musk is selling his Tesla dream. Sounds great, but he might go to zero. But if he does, we won’t unlearn what we have learned about batteries and all that. The point is that we don’t know which tech will win.”

So, Jampel is picking the losers, because he thinks it’s easier. He refers to a famous name to underline his point.

“There’s this old thing that Warren Buffet said. Back in 1900, when the first cars were made, no-one knew exactly which companies were going to win,” said Jampel. “But everyone knew that you should have shorted horses. Today’s horses are the companies that are the most overvalued and vulnerable companies in the carbon value chain. Non-carbon energy companies literally have to win over carbon energy companies if humanity is to survive. It’s so obvious.”