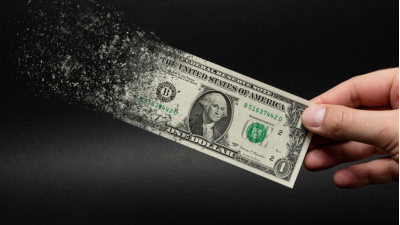 Inflation May Not Be So Transitory

Some claim that the recent increase in the price of, well, seemingly everything, is little more than a short-term bump on the road to economic normalisation as the world continues to emerge from the Covid-19 induced lockdowns.

Not necessarily so, according to investment manager AQR. A research note published by the firm last week, Inflation Outlook: the Macro, the Micro, the Transitory suggests that, whilst the U.S. CPI inflation rate of 5.4% in September should subside, a return to a stable, persistent 2% is unlikely in the near term.

AQR says that much of the focus on the recent increases in prices lands at the door of the auto and energy sectors along with ‘re-opening’ sectors such as travel and hospitality. Investors looking only at these sectors might be missing the woods for the trees.

“If we look past the eye-catching moves in autos and reopening items and focus instead on our ‘Everything Else’ residual, we find that prices have continued to accelerate,” says the report.

The abovementioned ‘everything else’ contains primary rents and homeowner’s equivalent rent and other sectors not listed above. The inflation rate of AQR’s ‘everything else’ bucket has been rising steadily since the beginning of the year, for two reasons running in parallel.

“A money-financed fiscal stimulus has substantially boosted the cash holdings of the private sector…U.S. consumers have the means to spend, and they’re not holding back. Consumer spending figures are now above their pre-pandemic trend, even as usage of many in-person services is still somewhat subdued,” says the report. “Meanwhile, the productive capacity of the economy has not recovered, with still-depressed labour force participation rates and ongoing supply disruptions in multiple industries.”

The U.S. labour market is identified by AQR as something that should provide more fuel to support higher inflation in the short term. Scroll through your Twitter feed and you’ll see comments by exasperated business owners trying to fill openings, and surveys point to limited supply and workers seeking a change. “The Great Resignation” is a term given to the fact that over 4 million Americans are quitting their jobs each month.

“The surprisingly tight state of the labour market could be an important source of upward pressure on inflation moving forward…trends in wage growth confirm this message with the Employment Cost Index (ECI) showing the fastest growth in private sector wages since 2007,” says AQR.

It’s not only top-down macro drivers like the labour market that investors should be thinking about. Sectoral developments in the U.S. housing market may also support higher inflation in the near term. Americans who moved back in with their parents or moved in with a roommate to save money during the pandemic are now back out there looking for a return to their previous circumstances.

“There are reasons to think that the pickup in rents could be particularly vigorous in the months to come. House prices in the U.S. have been rising at a historically rapid pace over the last year, reflecting not only traditional drivers such as rising household incomes and low mortgage rates, but also unusually limited inventory and increased demand for living space in a world of social distancing and work from home. Similar pressures may now be impacting the rental market.”

If AQR is correct, it says that inflation-sensitive assets should continue to find interest in the near term, for good reason.

“This view [that inflation will sustain in the short term] may warrant increased caution towards stocks and bonds which have historically delivered sub-par returns in periods of rising inflation.”