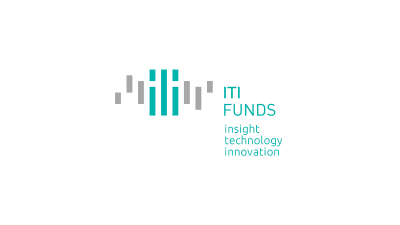 If you live in England, Spain, France, Italy, or Belgium, and you support a second-tier football team, investment management boutique ITI Funds might be buying it in the next year or two.

Buying sports teams has been traditionally as much a labour of love as it has been a business decision, but for ITI Funds, they see football as an opportunity to provide healthy IRRs to their clients. To that end, ITI Funds is launching a football private equity fund which will acquire five teams – one currently plying their trade in the second tier of each of England, Spain, France, Italy, and one team from the first tier in Belgium - to create a portfolio of football assets which they expect to provide a 3x return in the next five to seven years.

ITI Funds also manages two ETFs – a Russian Equity ETF and a Russian Bond ETF – as well as an algorithmic trend strategy and an algorithmic market neutral arbitrage strategy. The football fund came about because they were approached by the portfolio managers and felt it was a good fit in their product portfolio, according to ITI Fund’s Managing Director Gleb Yakovlev.

“There are two reasons why we think this is a good opportunity for us. Firstly, we’re a boutique investment manager so we’re always interested in niche investment strategies for our clients. Financial markets have trillions of dollars and thousands of funds to invest in and it would be hard for us to get attention from investors if we go into a standard market. Secondly, football is a growing market. It will be hit in 2020 because of the coronavirus – matchday revenues will go down – but this might mean that it’s a good opportunity to invest now.”

The size of the fund - $120mn – means that ITI Funds won’t be in a position to purchase well-known football clubs playing in the first tier of these four out of five countries’ domestic competitions, but the investment strategy revolves heavily around the players, says Yakovlev. Additionally, ITI Funds’ strategy dictates that two assets at the same time in a season will not participate in UEFA Eurocup tournaments (the UEFA Champions League or the UEFA Europa League) because of potential conflicts of interest.

“Manchester United’s market cap was, at the top, about $2.5bn. We can’t afford these kinds of prices given our fund size. But the business model of our fund is to have a significant positive transfer balance of football players. In the second tier, transfers are one of the important revenue streams. So, we want to scout young talented players, develop them in our clubs, grow their value and later sell them to the top clubs, who don’t have the time to grow their own players. These clubs would rather buy already well developed and experienced athletes, because they can afford it and they want to win now.”

ITI Funds will be developing young players in the academy systems at its portfolio clubs and buying under-the-radar players who might be missed by the big teams, and when it has the five clubs in its roster, ITI will manage the players through the clubs in the portfolio to ensure it finds a best fit for the player, which will maximise the player’s performance and therefore transfer value.

“In Russia, for example, Aleksandr Golovin went from CSKA Moscow to Monaco for EUR30million. We’re trying to locate players with good potential”, said Yakolev. “Player performance is very individual; a lot of it depends on the style of play. Also, there are statistics that show that young players who go to England don’t perform well in England, so they might be better off in France, or Italy to begin with and then move to England. We use big data and statistics to understand what the best fit for the player is.”

ITI Funds’ use of data in the deal sourcing process relies on research produced by Nielsen Sports, the market research provider, to understand the different club’s fanbases and sources of revenues to better understand the opportunity. ITI Funds now has a short list of five target clubs in each target geography that went through the scoring model and satisfy a number of selected criteria including income and growth potential, sport facilities, fanbase quality and academy management. These are more important than current sport results.

“Stadiums take too long to build and fanbases take too long to grow. These are things you would rather buy than create from scratch”, said Yakovlev. “On the other hand, football players can be sold, and you can get new ones, and this can be done quickly. A club with 5million fans but bad results – these are the pearls that you want to buy because you can capitalise on the fan base.”

The team running the portfolio are all football executives, having experience working at top Eastern Europe Clubs, which have enjoyed financial success and have won trophies. But Yakovlev cautions that they are not factoring in football results into the model and promising promotion.

“Positive results are like a call option. If you buy a club in the second tier and they get promoted to the first tier, there will be a huge increase in the price of that club"

“Positive results are like a call option. If you buy a club in the second tier and they get promoted to the first tier, there will be a huge increase in the price of that club – a five to ten times increase. This would be a huge bonus for the fund. We’re not promising our investors this will happen, however. It’s sport. It could happen, it could not happen. You never know. Our IRR forecasts are not based on any of our clubs being promoted.”

ITI Funds plans to complete two or three acquisitions middle of this year and the balance at the beginning of next year. Yakovlev wants the first few deals done before autumn 2020, so that his clubs are ready for the winter transfer window, where clubs can buy and sell players. He’s relishing the opportunity.

“We’re all football fans so it’s going to be fun as well as it being business”, he said. “And our investors can also benefit, because they will be able to come to some of the games and meet the top players. But we’re doing this to make money and we think that this is a big opportunity for us and our clients.”