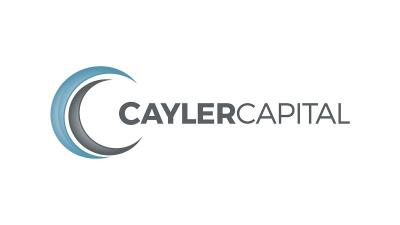 The oil market had an unprecedented event in April, prices of WTI Crude futures contracts fell to -$37.63, before recovering. Systematic Commodity Trading Advisors that were short oil made a fortune on the way down as they were positioned correctly, but then gave much of the gains back in the rally.

Systematic hedge fund Cayler Capital, based in Jackson, Wyoming, is a registered CTA and trades the oil market, but that’s about as much as they have in common with much of the CTA world. Cayler Capital does not use trend-following as a source of returns; instead, it relies on systematic execution of fundamental analysis-driven data to generate alpha.

The approach comes from Cayler Capital Founder and Portfolio Manager, Brent Belote. Belote was previously an oil trader at JP Morgan in New York, part of a 30-person team responsible for annual P&L of $300 million.

“I was a fundamental trader at JP Morgan, digging into refinery economics and oil flows, basically anything that moves or refines oil. I have a strong grasp of how oil moves around the U.S. and the impact of those movements.  That knowledge base gives me an advantage over a trend-following strategy,” he said.

He left JP Morgan in 2016 and founded Cayler Capital in 2017, with the systematic trading program launching in January of 2018.

“We assign risk equally amongst the six algorithms,” said Belote. “They all use different fundamental inputs. The construction of the six algorithms is very deliberate because I’m trying to ensure that the intra-strategy correlation is low.”

“It’s important to identify what the real time VaR of your portfolio is for these various black swan events.  Sometimes the lookback period of the risk models does not catch the tail risk that lies beneath.  Our models attempt to always be long black swan event risk even if it costs us a few points a year in protection,” said Belote.

Belote began trading his program in 2017 using a fully discretionary approach. The switch to a systematic one at the beginning of 2018 was borne out of opportunity and a blending of his skill set.

“This was the perfect opportunity to blend my quantitative background and fundamental analysis in to a program.  I’ve always used algorithms to aggregate vast quantities of data in the energy market and use that to drive my trading style; but I wanted finite rules and risk metrics for what truly defines a bullish or bearish market and also what is the best instrument to implement that view.”

Many CTAs are small in terms of AUM, as assets tend to be concentrated amongst the larger, brand-name players.  This has the knock-on effect of providing a hurdle which is tough to overcome for CTAs, that of being big enough to accept larger allocations from institutional investors. Belote recently announced a tie-up with London-based hedge fund Arion Investment Management, which will enable Cayler Capital to benefit on the infrastructure side, the product side and the marketing side.

“We have known Brent for a while and are very well aware of his experience and particular expertise. To date Arion has only run discretionary strategies - as such we’re very pleased that we will be working together and incorporating Cayler’s systematic energy strategy, that has proven to produce alpha in the most volatile of market conditions, into our group.” says Gerardo Tarricone, Arion's Founder and Managing Director

“The tie-up with Arion has many benefits,” said Belote. “It enables us to have the option of launching an offshore fund, and it gives me institutional support and mitigates key man risk, as I’ll have a co-portfolio manager for any pooled investment vehicles that we launch. Having two locations – one here in the U.S. and one in London – also makes it easier for capital raising.  It makes a lot of sense for Cayler.”

“China has been an exciting opportunity for Cayler Capital. It is an entirely new and untapped market with massive growth potential. We are getting the opportunity to show that my fundamental algorithms created for the Energy space are applicable across a number of markets.” said Belote.

As with many CTAs, Belote finds frustration in the perception of his corner of the hedge fund industry by investors.

“The biggest misconception about Cayler, and indeed many commodity traders, is that we are all systematic trend-followers,” he said. “It’s still an issue in this industry. There’s plenty to like about trend-following, but I’m a fundamental trader; I use fundamental analysis and the computers come in only to analyze that data, execute the strategy, and manage the risk. Our program is uncorrelated to the broader CTA market.  It’s not designed as a ‘crisis alpha’ product like many CTAs; it’s designed to generate true alpha returns in any economic environment.”