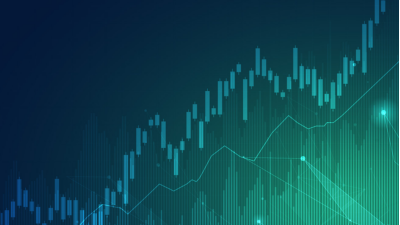 Joe Biden’s recent victory in the U.S. Presidential election throws up an element of uncertainty with regards to the outlook for financial sector regulation in the United States. Whilst Biden’s campaign book didn’t include any references to financial regulation at all, most commentators agree that it’s likely he’ll look to at least roll back some of the Trump-era deregulatory measures.

The practical impact of the joint final rule on the hedge fund industry is, at least immediately, nil, because it’s not currently possible to trade security futures on a U.S. exchange. Until September, the only place to trade security futures in the USA was on the OneChicago exchange - a joint venture between IB Exchange Group, CBOE Holdings and CME Group, regulated by both the SEC and the CFTC - which has now wound down. Jared Gianatasio, a Partner in the New York office of law firm Kleinberg, Kaplan, Wolff & Cohen, P.C., says that this doesn’t really matter because the agencies are simply trying to Waltz as opposed to Cha Cha for their first dance.

“The joint final rule is a bit of a sideshow,” he said. “The main takeaway is the fact that it’s a practical example of how both the SEC and the CFTC are committed to harmonisation of their respective regulatory regimes in the United States. It’s historic in that a joint open meeting has never happened before and it’s a good example of the fact that we can hope to see future coordination between SEC and CFTC on many issues.”

“The introduction of the portfolio margining regime in 2007 saw the creation of a portfolio margining platform, which uses a series of portfolio shocks to test the 15% margin requirement level. We haven’t seen increased risk since then so it’s logical for the agencies to reduce the minimum from 20% to 15% to level the playing field,” he said.

The other part of the recent announcement – that of the joint request for comment on the portfolio margining of uncleared swaps and non-cleared security-based swaps – is a little more involved because of the numerous conflicts between the current regimes. The CFTC currently forbids the re-hypothecation of initial margin collateral, whereas the SEC permits it (albeit under limited circumstances) for Non-Cleared Security-based swaps; the CFTC requires initial margin posted to or by a dealer to be held by a third-party custodian, but it’s not required by the SEC. Other conflicts exist, and Gianatasio says that this again is an example of the agencies going after an easier target to work towards harmonisation.

“The request for comment in the same release on margining requirements for both cleared and uncleared swaps is showing their hand a little bit,” he said. “Again, it’s addressing low hanging fruit, but it shows that the agencies are thinking about what’s coming next in the swaps world and are considering ways to enhance efficiencies and increase consistency across positions that are subject to both SEC and CFTC oversight.”

The deadline for comments is December 7th, and the lack of comments on the CFTC website suggests a corresponding lack of controversy. Gianatasio says that hedge fund compliance officers, futures custodians and a plethora of other market participants will be watching for the final decision, but the bigger picture is one showing encouraging signs for the future.

“If I’m a hedge fund manager, I might be a little bit cautious about what might happen with the margining for swaps but what overrides that is that I’d be optimistic that there is now a real practical example of these two commissions coming together and harmonising rules and there is another example of them looking for other synergies. Where a manager is trading both product sets, it increases operational burdens and costs so anything that the regulators might do to make this easier is of course a win.”