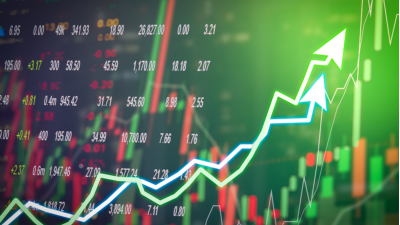 The Soros Alumnus Pioneering A New Approach To Macro Investing

Bill Callanan is a senior macro trader who has spent his investment career investing alongside luminaries of the hedge fund space such as George Soros and Stanley Druckenmiller. For 2020, one of his client strategies returned 52%.

A hedge fund that produces these kinds of numbers would be sure to catch the eye, but then Callanan is not running a hedge fund; he achieved this figure with a family office client by acting as their outsourced Chief Strategy Officer with the firm he founded in 2019, Syzygy Investment Advisory.

“Many institutional investors, family offices and longer duration pools of capital don’t have an internal research capability covering the expanse of macro domains in detail,” he explains. “So, we provide them with what’s essentially internal expertise. We give them the themes, the frameworks, the triggers, the sequencing, and then we identify the ideal instrument(s) to trade. Clients can therefore invest in the concentrated ideas they like on their own balance sheet, without adding headcount - which is what we see as unnecessary costs.”

In essence, the approach is a solution to a perennial question posed by investors to hedge fund managers in the industry – “what are your best ideas?” It’s a good question – it’s designed to help the allocator understand how the manager will achieve alpha, how they think and the rationale for their beliefs.

The problem is that it’s not only the best ideas that make it into the hedge fund portfolio; many others do as well. Unless they are offered a side pocket, however, investors can’t pick and choose which trades they get exposure to; being part of a pooled fund means that they take the rough with the smooth with regards to the hedge fund’s underlying positions. There aren’t many other options, though; doing it themselves adds headcount, which adds cost (and lots of it – hedge fund analysts aren’t cheap). Some large public pension plans can stomach this cost, but smaller institutional investors can’t, so they allocate to the hedge fund and cross their fingers that the alpha will follow.

Allocating to a hedge fund to get exposure to global macro trades, however, comes with some potential banana skins. One is that hedge funds are constantly adjusting position sizing, partly due to managing volatility, and partly due to investor subscriptions and redemptions, meaning that they might be under- or over-allocated to a specific trade. Another is that the sheer number of positions that a macro hedge fund might have again dilutes the allocation to a specific idea that may have high conviction for an asymmetric pay-out.

Callanan overcomes this challenge by giving his clients the ability to access only his best ideas, without the cost and complication of a traditional fund structure. He believes his model enables an investor to have more control over concentrated positions with conviction and stay invested in trades for longer because of the time spent collaborating to optimise trade structures within a limited number of concentrated themes.

It’s not just allocators who Callanan says he can help. Hedge fund and asset managers have long been outsourcing their middle and back office functions to save cost, and now they’re looking towards their research divisions to realise similar cost savings and add leverage to those efforts. Syzygy’s model essentially creates “fantasy football” research teams on different themes and ideas to create a more robust and transparent process for the client, at a fraction of the cost of having that full spectrum capability in house.

“Our model helps hedge funds, Superannuation Funds and family offices to consolidate their research budgets by leveraging off of our research and contacts in different areas of domain expertise. Instead of paying six people salary, benefits, bonus, and associated overhead, they can utilize our offering, which is retainer fee based for research advisory and solely performance fee based for investment advisory. When I was running a hedge fund, we had $9mn in annual total costs. You can cut layers of cost via outsourcing which de-risks your infrastructure because you don’t have these substantial fixed costs,” he said.

The approach might seem similar to that of an Outsourced CIO, but Callanan says there are significant differences. “An OCIO is not offering the breadth of research and end to end investment solutions that we are,” said Callanan. “They allocate to external managers and create portfolios of managers in different asset classes. There’s an extra layer of fees payable to the OCIO on top of the other manager fees that the allocator doesn’t need to pay. We’re offering something completely transparent – all the trades are in the client’s separate account on balance sheet – with a hurdle rate on performance because the ideas are intended to have material outperformance of benchmarks. It’s very different.”

Callanan is a China and Commodities specialist who has been travelling to China for decades. His thematic ideas, primarily geopolitical and geo-economic in nature take advantage of long-term trends, and he specialises in identifying opportunities others may miss.

“Everyone talks about how China has too much debt. But what’s really interesting is that they don’t have nearly enough equity,” he says. “Chinese policymakers are instituting several pivotal capital market reform measures that focus on “equitization” – they are migrating household assets into the financial sector. In the US, equity represents more than half of capital formation; Japan, slightly less. In China, it’s less than 5% according to one study. This move away from a bank credit-centric financing model towards an equity centric focus is one of the most important structural changes in global finance and there is an extraordinary opportunity for Chinese equities to benefit. The geopolitical issues likely won’t affect this for foreign investors, but it’s a long-term structural investment opportunity.”

Callanan’s goal for Syzygy is to be an innovative pioneer in the space. He seeks evolution, rather than revolution. Like the themes he pursues for client advisory efforts he plans on maintaining a concentrated book of clients (in terms of the number of them) and he spends 90% of his time on research, so managing hundreds of clients isn’t feasible. He thinks what he’s doing has staying power, and that he’s working to solve for the ever-present alignment of interest conundrum and creating time, cost, and capital efficient solutions for clients.

“We only make money when the investment advisory client makes money, says Callanan. It’s efficient from a fee standpoint and it afford investors an opportunity to generate pure alpha.”