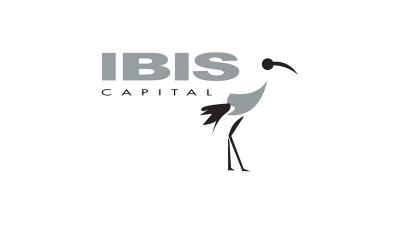 London-based investment and corporate finance boutique IBIS Capital – the inspiration for the name comes from a combination of the Egyptian God Thoth, God of wisdom, science and art, whose physical incarnation was in the form of an IBIS, and one of the firm’s co-founders being a keen ornithologist -  began life in 2003 doing both investment advisory and principal investments in media companies; IBIS CEO and Co-Founder Charles McIntyre began his career at Apax Partners in the U.K where he helped build the firm’s media franchise.

The firm still maintains its private investment and advisory business, but, like other private equity investors including Apollo and TPG has moved into the SPAC (short for Special Purpose Acquisition Company) business to raise money from the public markets for acquisitions. IBIS’ SPAC – ExtechX Holdings – was created to acquire an education technology business, a sector where much of the market is in private ownership, as IBIS Partner and CEO of EdtechX Holdings Benjamin Vedrenne-Cloquet explains.

“In 2018 we were looking at how the education sector was funded; there was, and still is, a lot of venture capital and private equity funds focusing on the sector. What was striking was the lack of listed companies in education and education technology compares to the sector overall”, he says. “So, we asked ourselves ‘how do we create an investment or acquisition vehicle that creates access to the U.S capital markets?’ and we came across the concept of SPACs. We were intrigued by this because it was attracting top tier private equity firms, so there is a proof of concept, but no-one had done one in the education technology sector.”

The comparative lack of public market access to the education sector when compared to healthcare, real estate or banking, for example, added to the already high penetration of private equity and venture capital funds in the space and the cost efficiencies of the public markets made the decision to raise capital via a SPAC an easy one, according to McIntyre.

“Private equity players have a different cost of capital because they are structured with very similar LP-type relationships where they have to deliver a base set of returns with hurdle rates, etc. The cost of capital in the current environment of the public markets is a lot lower than what private equity firms are having to pay back to their underlying LP investors. Launching a SPAC seemed to us to be more exciting than raising a private equity fund in this situation”, he said.

Another way that SPACS differ from private equity funds is that they are usually created to purchase one entity which serves as a platform asset, as opposed to a private equity fund which will hold multiple portfolio companies simultaneously. EdTechX Holdings’ acquisition was Chinese education provider Meten, which owns Likeshuo, a digital education platform providing English language training. The deal was structured in a similar way to a high-profile transaction undertaken by another SPAC, Social Capital’s investment in Sir Richard Branson’s Virgin Galactic. Meten was a natural choice for a multitude of reasons, according to McIntyre.

“English language training is something that we know very well; I already Chair another business in the space [Learnlight] and we previously advised in China on the Wall Street English acquisition. In China there are 800mn people who are city dwellers, many of whom aspire to improve their lives through education and training. Learning English is seen within Chinese communities as important to growing not only your job prospects but your social position and standing within the community. Meten specialises in providing access to native English speakers and there is a premium attached to that in China”, he said.

Like many private equity buyers, the management team is seen as a key driver of whether an acquisition gets the green light, and Meten ticked that box as well.

“There are three core founders who were at University together. It’s kind of a Silicon Valley story – three guys shared a dorm, they’re based in Shenzhen, which is the Silicon Valley of China – and they built this business and have been together 20+ years. Also, they wanted to roll their interest into a larger asset, and not just cash out. They see this as being the next step to scaling the business. So Meten ticked all of our boxes”, said McIntyre.

When the Meten acquisition goes through, it will trade as any other listed company trades, and will serve as the platform asset in education learning technology for IBIS Capital. The firm has plans to expand further into the education sector overall and will again look to raise money via a SPAC as opposed to a private fund.

“It’s very common for SPAC sponsors to launch additional SPACS. We like the concept of it,” says Vedrenne-Cloquet. “TPG has created TPG Pace Group, which essentially invests in energy SPACs, and we think that model could be replicated in the education training sector”, he said.

IBIS isn’t abandoning its advisory and principal investment business roots – indeed, far from it. The investment side of the business maintains an investment in Learnlight, an online language and skills training platform for the corporate market, and Immerse, a virtual and augmented reality training business. On the advisory side, IBIS helped Future Learn, a business owned by the Open University, raise $65mn from Seek, an Australian Stock Exchange-listed jobs board business.

“It’s about using expertise to help people build businesses, either by us investing in them or by us advising them and accessing our network"

“It’s about using expertise to help people build businesses, either by us investing in them or by us advising them and accessing our network”, says McIntyre.

More immediately, however, the focus for IBIS Capital is preparing for the roadshow for what will eventually be called Meten EdTechX Holdings, and the closing of the deal.

“We’ve been very active in engaging investors [Italian asset manager Azimut has a large stake in EdtechX Holdings] and we have some well-known asset managers who have a stake”, says Vedrenne-Cloquet. “We think this is not only because of the scarcity of opportunity in the sector with regards to the public markets, but also because Meten ticks a lot of their boxes when it comes to what they look for in an investee company. It’s a big opportunity for them, and for us.”