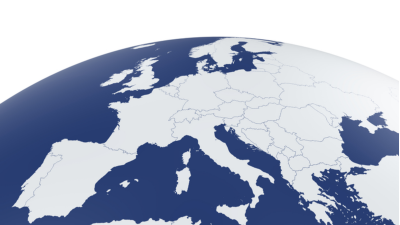 Where Are All The CTA UCITS Funds?

CTAs are enjoying a better year than many of the previous ten, with many of the industry trackers reporting solid gains for the industry as a whole. It’s a welcome return to form for many managed futures bulls who cite features of these products like uncorrelated returns and downside protection as reasons that investors should hold these strategies in their portfolios.

Industry tracker Preqin says that, since the beginning of 2009, 1,496 alternative UCITS funds have launched, but only 115 of those are CTAs, just 7.7% of the total. Furthermore, there have been zero new UCITS CTAs launch this year, the third consecutive year of declines after 10 were launched in 2017 and 6 last year. Many European institutional investors require a UCITS-compliant product to invest in, so why do they face such a lack of choice when selecting a UCITS CTA in comparison to other alternative UCITS hedge funds?

There are many factors that go into the decision as to whether a CTA wants to launch a UCITS-compliant version of their product, and cost is the first consideration.

“It’s really expensive to run a UCITS”, says Brett Palatiello, a Partner at New Jersey-based CTA Spring Valley Asset Management. “It costs hundreds of thousands of dollars to set up and maintain. The really big guys will have a UCITS version of their strategy because they have the resources to do so but most of the folks outside Winton, Cantab, etc., are relatively small. UCITS probably isn’t even something they are discussing because of cost”.

The UCITS directive also forbids commodities exposure, something which is a staple of many CTA programs. It is possible to gain this exposure via structured notes which will replicate a basket of the traded commodities and only offer the return generated by the underlying; the value of that note fluctuates in line with the performance of the futures contract trading, therefore taking synthetic exposure to commodities. Whilst this comes at a cost, for those that do, there are benefits

“The commodity replication is very liquid”, said Cyril Delamare, Co-Founder and CEO of MontLake Group, a European Management Company which operates an alternative UCITS fund platform. “All in all, it works very well and brings diversification to the UCITS framework and to the UCITS investor.”

“For the big guys with the resources the tracking error will be much smaller but for smaller managers who have a lot of commodities exposure it would be much higher. Asking them to sacrifice that makes it tough for them to deliver the alpha that they need”, said Palatiello.

There are other reasons why a CTA might not launch a UCITS version of their product – CTA programs are more conducive to the separate account model as opposed to equity hedge funds for example – but there could be a larger issue affecting CTA UCITS launches, of course, which is that returns in the past decade for CTAs have been poor, with many years of negative performance. Institutional investors are often accused – rightly or wrongly - of performance chasing, creating a difficult environment for raising money, regardless of whether the CTA has a UCITS option or not.

"It’s been a very difficult environment for CTAs to raise money the last 10 years”, said Palatiello. “Add to that the surge in equity prices, it’s likely that environment will continue. I’d expect that to affect CTA launches, UCITS or not”.

“CTAs is an investment that you should always have as part of your portfolio construction not because it’s negatively correlated to equites but because it reacts in different ways to traditional equities, bonds or long-only funds”, he said.

Furthermore, Palatiello says that European investors are genuinely interested in allocating money to CTAs. “I would argue that Europe has a greater appetite for CTAs than America does”, he said. “In the U.S there are so many different products. It’s more exciting talking to European investors than elsewhere.”

Delamare agrees. “CTAs have remained in strong demand from our UCITS investor base in both the medium to shorter term horizon managers who tend to work very well alongside each other and diversify a portfolio away from pure long equities and bonds,” he said. “In times of macro uncertainty, using a fund with a systematic strategy is beneficial as they only look at the data and not listen to the noise hence producing differentiated returns.”

European investors likely have their fingers crossed that the coming years brings more CTA UCITS launches, and therefore more choice, when it comes to satisfying their appetite for managed futures strategies.