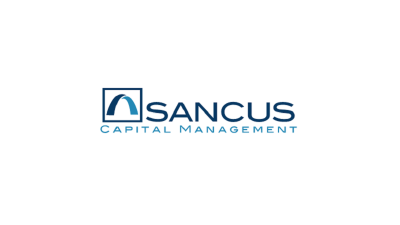 Raised during the post-Brezhnev years of communist Russia, Olga Chernova moved to the United States at the age of seventeen, leaving family and friends behind. She enrolled at University of Northwestern – St Paul; even then, Chernova was somewhat of a pioneer, unfazed by the 180-degree flip in culture.

“I arrived in the US in 1992, just after I finished high school. At that point there were not too many people from Russia in the States because it had only recently become possible to travel; it was very difficult before that. Even if you had a foreign passport, you had to provide a reason for your travel. I gave study as my reason, got approved and subsequently went to study in the US. I was very excited to be able to go to the States; when you are seventeen, everything is new and exciting, so you don’t worry too much about adjustment or transition” she said.

Chernova moved to the US without a preconceived idea of what she wanted to study. Indeed, she almost fell into finance. “When I came to study in the US, I was assigned an advisor which helped me to figure out my major. Back then, everybody in Russia was either an engineer or a doctor, and my advisor talked about finance. I chose finance as my major because it was something I knew little about, and in Russia, finance wasn’t available. I was attracted to it for that reason.”

Chernova’s career to date has run the gamut of credit investing. She spent seven years at Goldman Sachs and a had a brief sojourn at JP Morgan before launching Sancus Capital Management, a multi-strategy credit fund, in 2009, in the ashes of the global financial crisis.

“During the crisis I was working at JP Morgan in the proprietary trading group. At the time, all proprietary trading companies were taking money from the government, so they all came into question, and it became very clear to me that the banks were just not going to “work” in the future. They [JP Morgan] were trying to change the group and have everyone transfer into the sell-side of the business. I really enjoyed what I was doing - I wanted to continue doing asset management. I felt that it was the right time for me to go and launch my own fund.”

The zeal displayed by Chernova when she moved to the US found itself employed once again when she launched her hedge fund. It was 2009, in the midst of the worst financial crisis since 1929.

“It was such a difficult time to be starting a hedge fund. Everyone was scared by a “no money” scenario, and everyone was expecting me to not succeed. If I didn’t, nobody would have judged me too harshly, so I thought it was a good time to go risky and take the contrarian approach.”

Moreover, credit derivatives – just some of the instruments which Sancus trades – were, at the time, a mass-media poster child for the near-collapse of the markets. One might argue it’s a surprise Chernova raised any money at all. Undeterred, and true to form, Chernova began making waves in the space, unapologetically.

“I chose to focus on this product way before the crisis, and by the time the crisis came around I was a relatively experienced trader in this field. I decided to apply this to my fund because it was a sector that I knew very well” she said. “I think it’s pointless to criticise an instrument. It’s not the instrument, it’s the use of it. There was definitely a lot of irrational exuberance in the market, and derivatives make use of leverage, which make the exuberance even clearer. It’s the lack of regulation and risk limits on the part of banks that caused the financial crisis, as well as the same irrational exuberance in consumers that kept buying real estate that they couldn’t afford. I think it’s very simplistic to attack a product: it is never inherently bad or good.”

Chernova, of course, disagrees with the negativity surrounding the use of credit derivatives, instead championing how they should be used by investors.

“There are many wonderful uses of derivatives that can help investors create the right-matching profile for the investments that they needed or to protect themselves from losses. Look at the CLOs in their senior tranches: they allow investors to actually hold an instrument that is very senior in the capital structure and it’s very loss-remote; I think blaming it on the financial instruments is a bit short-sighted.”

The ten years in which Sancus Capital has been in existence have provided more ups (eight years out of ten) than downs (two years out of ten) and have taught Chernova many lessons, none of which were more challenging than the energy crisis of mid-2014 to early 2016, when the price of crude oil dropped by more than 50%.

“That crisis was very damaging for us because we had a lot of CLO equity investments at that time and many of them were allocated to energy leveraged loans. CLOs had a fair amount of exposure and what happened was very hard to hedge. It was a perfect storm for foreign equity investors because a particular sector [oil] was blowing up but the rest of the market wasn’t, so CLO managers were struggling as they wanted to trade out of the energy sector but everything else that they could buy was very expensive. It really was a perfect storm for CLO equities, and it was a good example of an environment of very high dispersion where one particular sector blows up but everything else does not.”

Chernova’s fund consequently took a hit in 2015, but Sancus rebounded strongly in 2016 and exceeded its previous high-water mark in the autumn of that year.

In recent years, Chernova has become a flag-bearer for the ‘women in hedge funds’ zeitgeist, partially because of her background, and partially because of her fund’s solid performance. She’s listed in 100 Women in Finance’s ‘Female Fund Manager Visibility Campaign’ and has an entire chapter of Meredith Jones’ book ‘Women of The Street: Why Female Money Managers Generate Higher Returns (and How You Can Too)’ devoted to her. Chernova appreciates the recognition but doesn’t feel that her gender has hampered her path to success.

“I have never really felt disadvantaged, but the place I come from plays a big role. One of the good things of communism is that during the cold war, productivity wasn’t very high. With a country like Russia, which was particularly poor on a technological level, the only way it could compete with the US was by having a very high labour force participation. They made sure that women would work; growing up in Russia, girls never felt that there was something that they couldn’t do”.

Chernova does, however, believe that the structure of organisations can provide an impediment to women progressing in some companies.

“I don’t want to pretend that there are no issues for women in finance, but I think there are more issues for women at a senior level or those further along in their career. If a woman might want to have children, that’s what makes it difficult. I don’t think someone purposefully wants to discriminate against women, but very often, especially in the big banks at the senior level, there are a lot of political decisions to be taken and it is required that managers be present at those meetings. You have to be there when the markets are open, and when decisions are made. Life doesn’t stop”.

Chernova is an advisory member to the Board of Northwestern College and has a number of philanthropic interests in arts and nature conservation. Like many entrepreneurs, she stands ready to offer advice not only to women but young people in general.

“Large institutions such as banks and big asset management companies generally have good trading programs and are good at teaching young people. The traditional approach – a young person starting their career at a bigger place - is good in terms of learning. And most of these institutions now are very cognizant as to increase the number of women in their firms”.

She pauses for a moment, and then continues. “I think that the best advice I can offer women interested in a career in finance is to try to do what I did. Don’t worry about it; if you like it, you should do it, and the less you focus on the fact that you are a woman, the less it would inhibit you. I think the industry is focused on meritocracy and in the end, rewarding talent. Generally, when you genuinely love a job - when you don’t do it only for money - you tend to have good results, and that is true in any field”.

Chernova has seen it all and done it all. Her experiences of moving halfway across the world as a teenager, studying something completely new and in a foreign language and starting her own hedge fund (not only in an industry dominated by men but in the ashes of the worst financial crisis that history has ever seen) has taught her a thing or two. These lessons manifest themselves in a cautionary stance right now. “A recession would be caused by the speed at which the Fed is raising rates” she explained. “So, it would be in a way self-inflicted and it would affect everyone in other markets as well as credit. We are very cognizant of that in terms of how we are constructing our portfolio. Potentially, there is some irrational exuberance in some areas of tech, so we are cautious, but outside of that we do not think that credit quality is bad”.

Fundamentally of course, Chernova is bullish on the outlook for credit investing. Whatever challenges the next ten years hold for the credit markets, hedge funds and alternative investments more broadly, Chernova’s unique perspective - gained through her upbringing in communist Russia through to her move to the States and finally from launching her own hedge fund - should see her well placed to thrive.