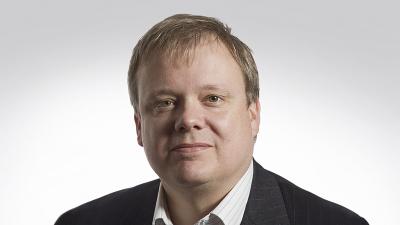 Since the election of President Trump nearly a year ago, we have seen a remarkable trend taking place within the world of alternative investment. Precise figures are not available, but based on anecdotal evidence from a number of sources, it does seem as if Latin American investors are taking more of an interest in non-American assets. In particular, there is a move to divest assets in the US, and explore new opportunities in Europe.

Fund managers from Europe are reporting more success in their asset raising activities, particularly in Mexico and Brazil, but also in other markets within the region. There has long been interest in the structure of UCITS funds on the part of large investment schemes in Chile and Peru, but now it seems more private wealth is on the march eastwards across the Atlantic.

Craig Reeves, Founder of Prestige Funds, which manages nearly USD850 million in its secured lending strategy, says he has seen an uptick in interest in active lending funds that focus on the UK. This is not being driven merely by the opportunity offered by the weak pound, although that is a factor, but also by the search for alpha. Larger Brazilian and Mexican groups are now seriously looking at private credit and private finance in Europe as a logical opportunity.

Prestige has been marketing itself via existing platforms that distribute to investors in Latin America, as well as its own network. Reeves says banks across Europe are meeting more success with Latin investors, particularly as the alternative funds industry becomes more reliant on the operational and scale advantages big regional banking platforms can offer them.

Turbulence within the Latin American markets themselves is also driving more investment overseas, in particular volatility in Brazilian markets and the Mexican peso. This is fuelling a search for non-correlated assets with predictable yield characteristics.

Donald Trump’s election cannot be discounted, of course, but pundits say there is more at work than just dissatisfaction with the current administration. Wealthy Latin families, however, do now view the US as a riskier place to invest than historically. They are seeking new opportunities, and particularly in markets like the UK and Spain, with which they are more familiar.

Martin Litwak, a Miami-based lawyer who advises both asset managers and investors, says a typical arrangement is for a family to establish a European family office somewhere like Switzerland, to look after its non-American investment interests. Medium to long term investments like real estate and private equity are favoured, he says.

The private banking sector in Europe is also benefiting. According to one private banker I spoke to recently in Luxembourg, the whole wealth management dynamic has changed with Latin clients. UHNWIs are now much happier with transparent arrangements, and are moving away from the use of jurisdictions like Panama to onshore solutions. In particular, they are more comfortable dealing with banks in countries other than Switzerland, which used to be the traditional port of call in the 1980s and 1990s.

Has the Panama Papers and other leaks played a role in all this? Litwak thinks so: HNWI clients are now much more comfortable looking at options in more transparent European jurisdictions. Wealthy families are still keen on privacy, but this is because they worry about crime, not the tax man. “Most leaks tend to occur in jurisdictions that help people to hide money,” says Litwak. “Most of the money in Europe is declared.”

Latin Americans are now happier to deal with banks at a more local level as well – this is a trend we have been seeing within the wider private banking market, with smaller, more focused operations picking up business from the big names, and with clients happier to interact with advisers who can make decisions without referring everything to head office.

Another big factor has been the series of tax amnesties offered by Latin American countries in the last few years. Arguably the biggest was that offered by Argentina, but other countries like Brazil and Mexico have done the same. This has helped to transform the character of the investment coming out of the region and into alternative assets.

Ultimately, however, the perception within Latin America is that it is going to be harder to travel to the US, and harder to invest there. With the loss of confidence has come the search for new opportunities, further afield. This is something managers of European alternative funds can cater to.